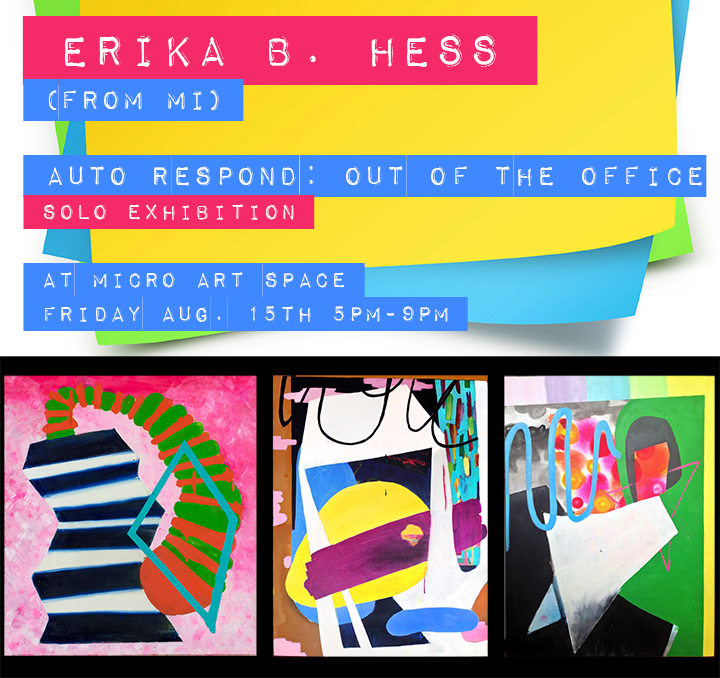 “AUTO RESPOND: Out of the Office” a solo exhibition

by 1-week resident artist Erika B. Hess (from MI)

AUTO RESPOND: Out of the Office a solo exhibition by Erika B. Hess

Highly saturated color, a shallow, flattened space and scrawling lines have become elements I inhabit in my work. The forms flirt with the cute and dumb while the high-key color brings to mind sickeningly sweet treats. Plastic objects bought at a discount store, garish make-up, sugar filled neon candy; consumer products that are affordable and marketed to placate the middle-class. They are full of promise but never last or satisfy. The layering of flattened forms and patterns references 1970’s femmages and 1990’s consumerist designs. Both embrace the decorative and speak to underrepresented social and economic populations. These visual cues are part of America’s middle-class aesthetic. A world filled with objects and media that promise fame, fortune, happiness and love.

My interest in middle-class aesthetic is in it’s ability to be both playfully kitsch and antipathetic. Many of my paintings push the line of visual excess and teeter on the edge of being aggressively saccharine. They do not poke fun of the middle class and the low brow, rather the paintings attempt to empower by using the commodified visual language given to us through media and marketing. My paintings look to take ownership of what has been viewed as pedestrian and call attention to the aesthetic landscape of the majority. 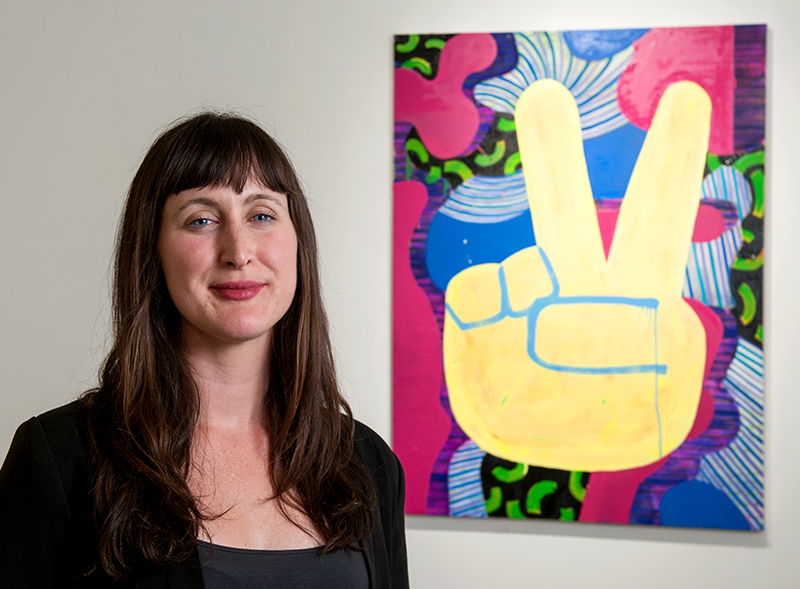 Erika B. Hess is a painter who lives and works in Michigan. She received her MFA in 2009 from Boston University. Hess’s paintings explore the representation of the middle-class and women through her use of color, abstract forms and pop culture symbols. Her work has been shown nationally and included in various publications. Most recently her work was selected by Carl Belz, former Rose Art Museum Director, to be included in Studio Visit Magazine and she was published in the catalog, “Post-Industrial Complex,” by the Museum of Contemporary Art Detroit. Hess currently works at University of Michigan Stamps School of Art & Design. 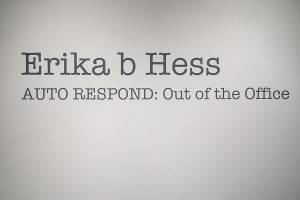 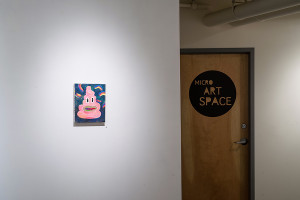 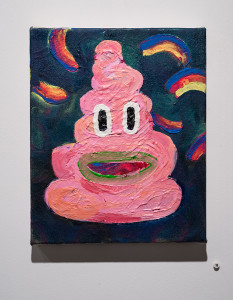 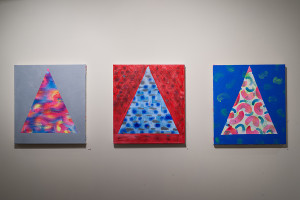 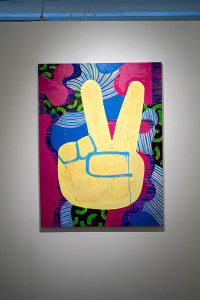 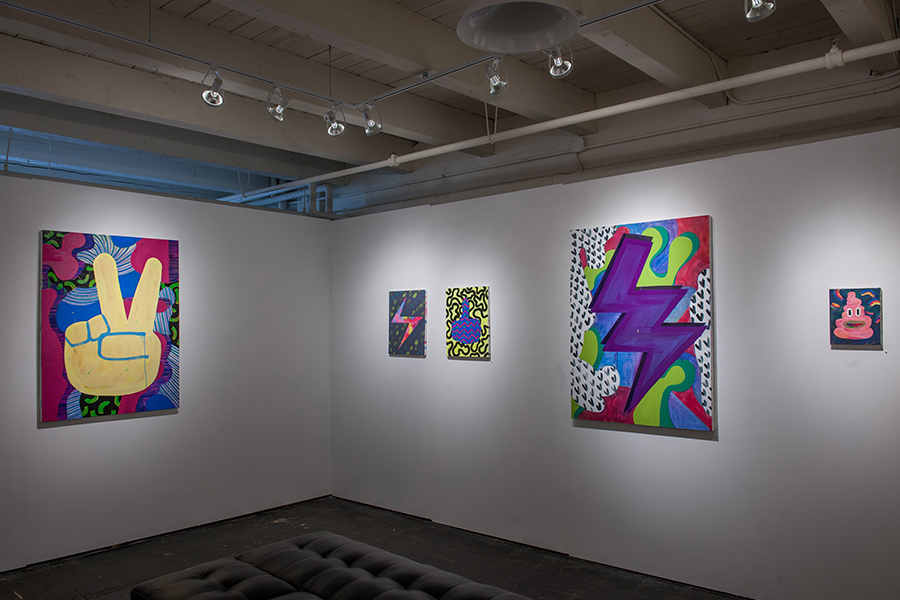 Erika made a whole new series of paintings for her solo exhibition.  Here is a view of Erika’s work in progress during her residency at Micro Art Space: 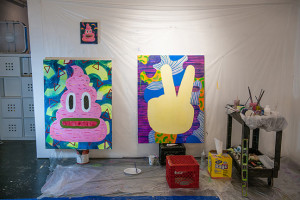 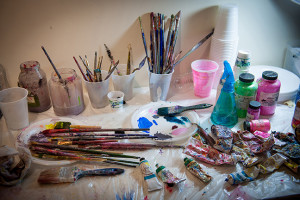 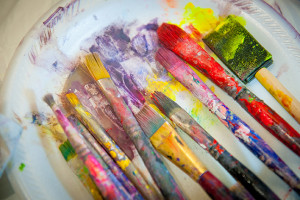 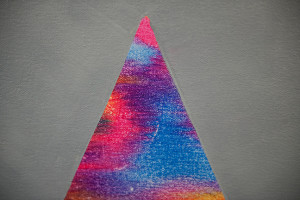 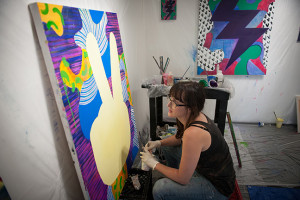 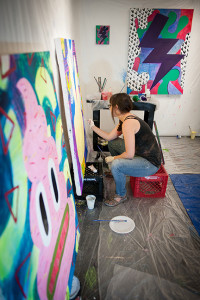