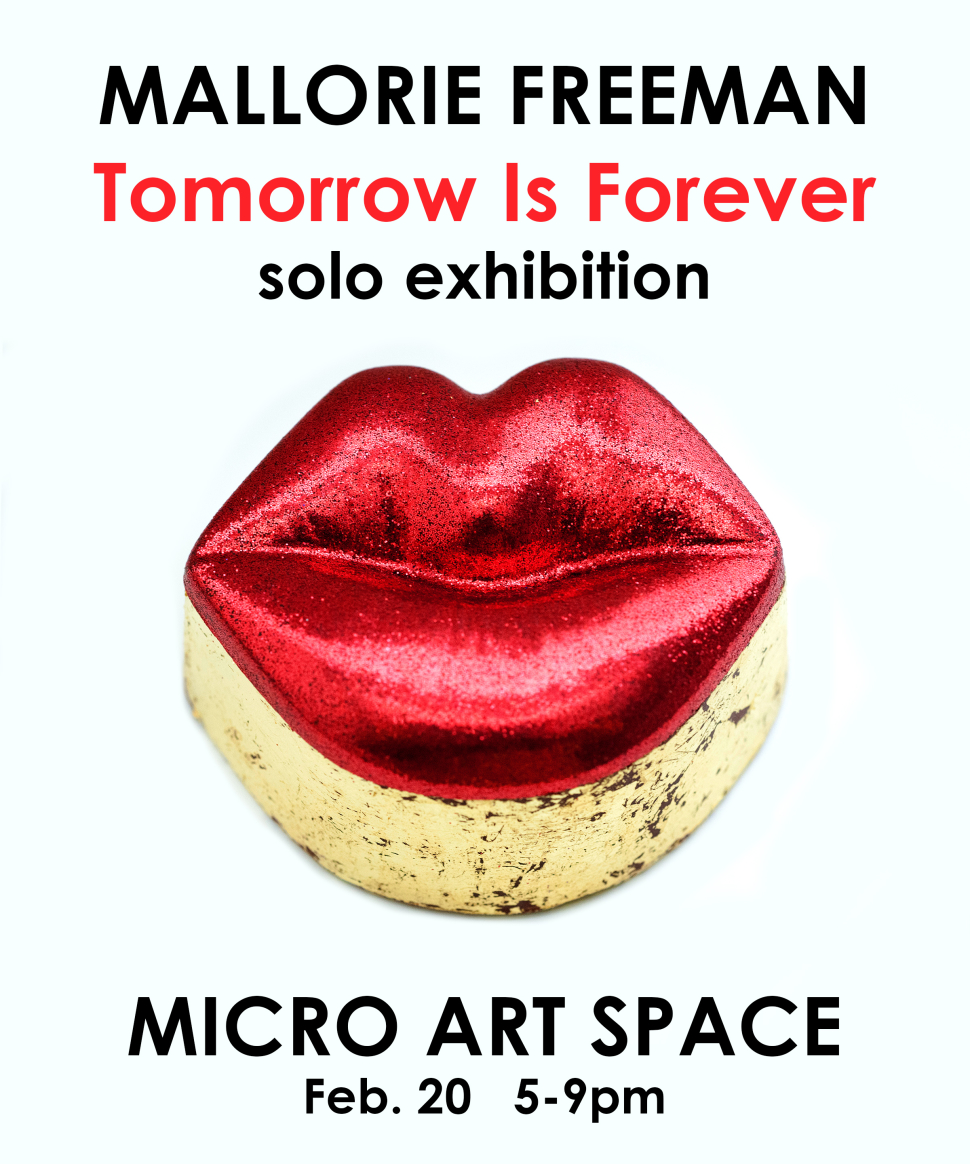 “Tomorrow Is Forever” by Mallorie Freeman:

During my one-month residency at Micro Art Space, I have explored, through a variety of media the idealization of love and feminine beauty. Intricate drawing + collage works are paired with hand-made chocolate boxes; each is adorned with edible opulence. I am examining the motifs employed to attain the hearts’ desires. These works unite in February, the month of love. 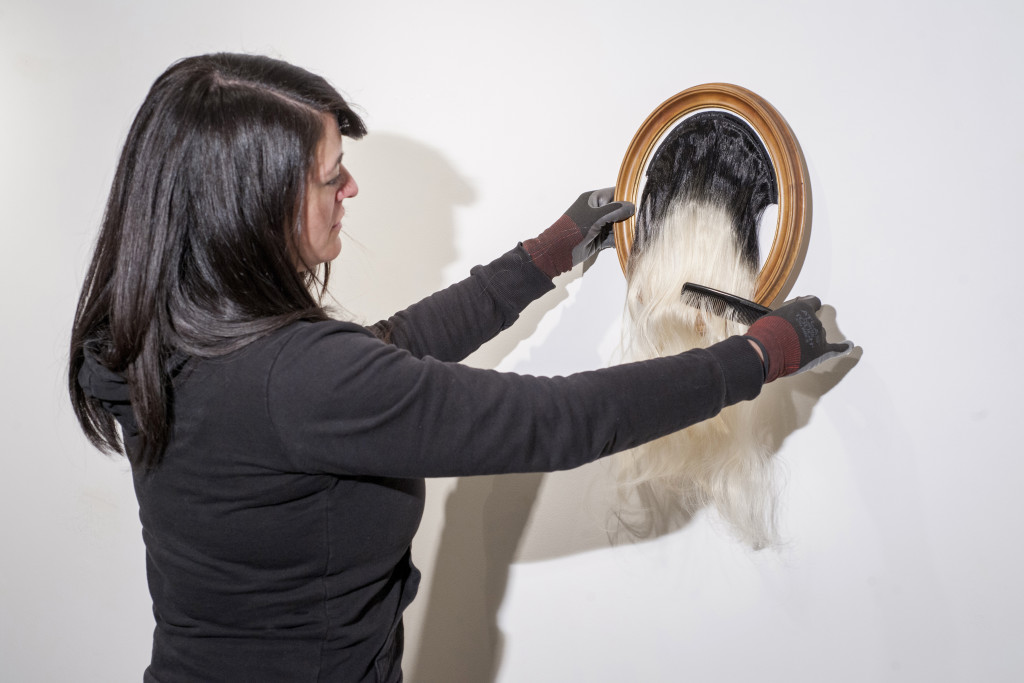 Mallorie Freeman, preparing for installation working on a hair piece

Mallorie Freeman was born and raised in Cleveland, Ohio. She lived with her sister and mother, who was a pop singer in the 1960’s, owner of a modeling agency, television producer, and a makeup artist. The prominence of femininity, creativity, and entrepreneurship greatly influenced Mallorie from a young age.

She attended The School of the Art Institute of Chicago on a scholarship and continued her education at the Cleveland Institute of Art. Mallorie has participated in a number of regional and national exhibitions. 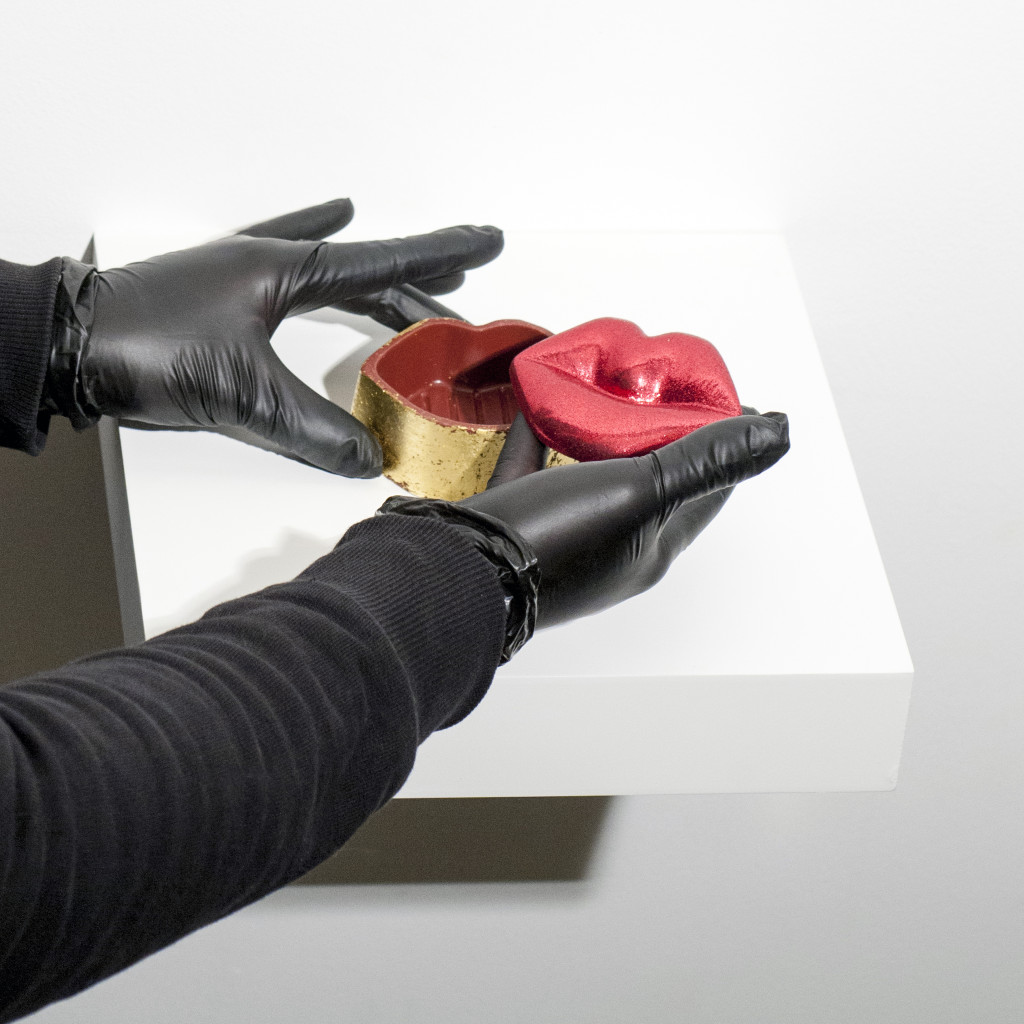