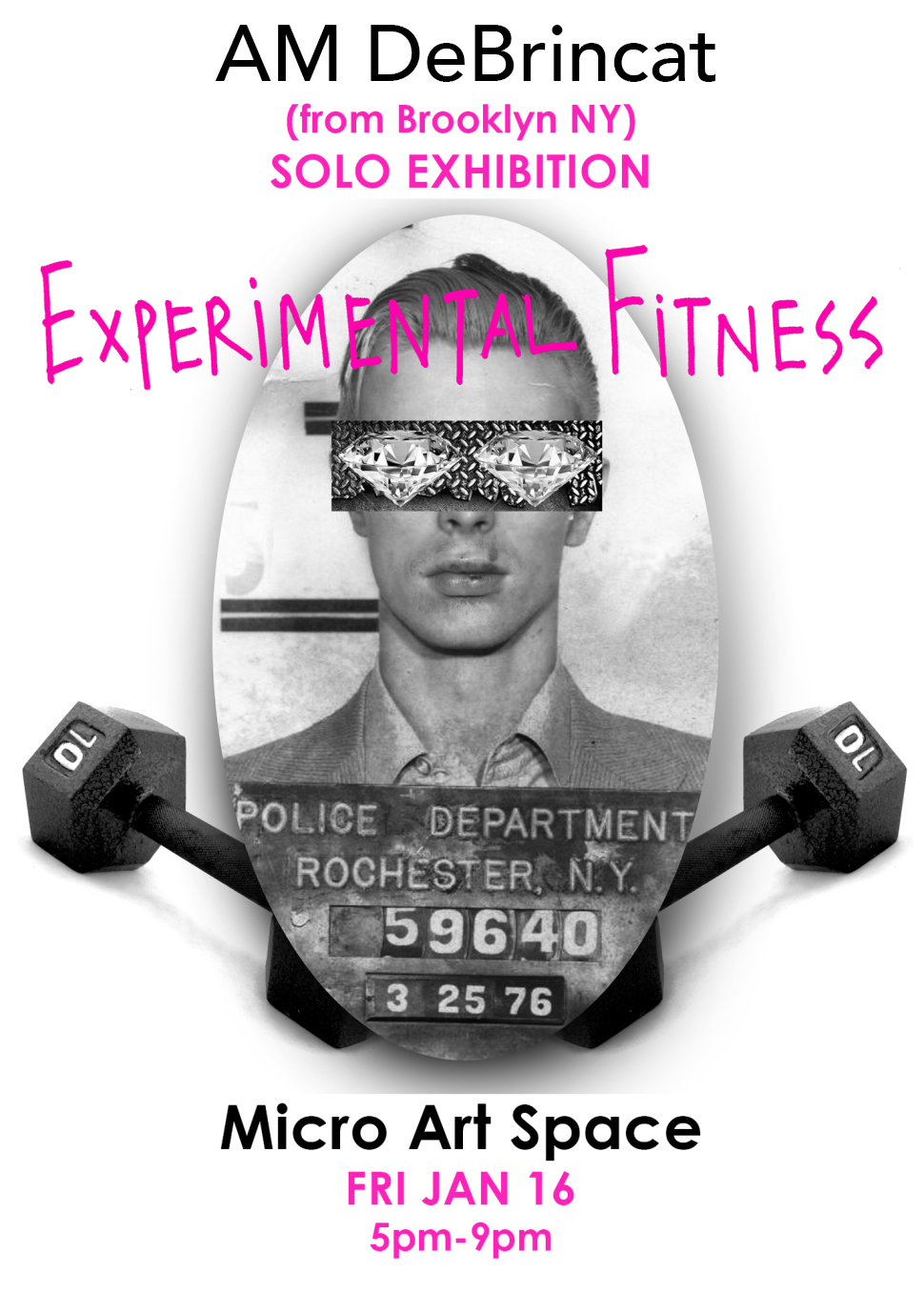 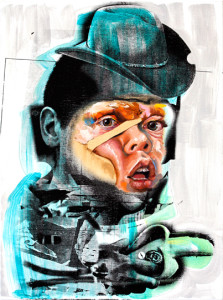 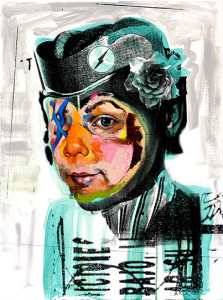 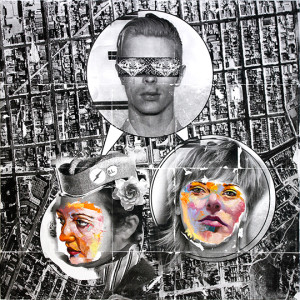 AM DeBrincat creates two-dimensional works on canvas that blend photography, printmaking, and painting. Her work explores the cultural collision between photography and painting, and the link between images and our understanding of what’s real. She harvests images from the internet and approaches Google as an externalized, searchable collective unconscious. “Experimental Fitness” presents new work inspired by both historical and fictional sources, including archival photographs of Queen Victoria and Wyatt Earp and photos of the fictional character Diamond Lester. 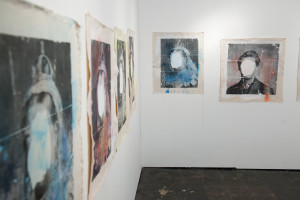 AM DeBrincat a New York-based artist, curator, writer, and the Founding Editor of ArtFile Magazine (www.artfilemagazine.com), a curated online forum for art and culture. DeBrincat graduated cum laude with her BA in English Literature and Spanish from the University of Oregon in 2001 and received a MFA in visual art from Parsons the New School for Design in 2012. DeBrincat’s work has been exhibited throughout the US, including at the Sheila C. Johnson Design Center and The Kitchen (New York), Femina Potens Gallery (San Francisco), La Luz de Jesus Gallery (Los Angeles) and at VOLTA NY 2014, where Kianga Ellis Projects curated a solo presentation. She is the recipient of grants from the George Sugarman Foundation and the Money for Women Fund, and has received funding from the Arts Council of Berkeley, California; Parsons the New School for Design; and The Wassaic Project, where she received a fellowship to be an artist-in-residence in 2013. AM DeBrincat’s work has been featured in numerous mainstream and alternative publications, including the Huffington Post, Hyperallergic, and Two Coats of Paint. In 2013, she was awarded participation in an ongoing residency program through the Manhattan-based non-profit Chashama, and, when in NY, she works out of her Chashama studio at the Brooklyn Army Terminal building in Sunset Park.

AM DeBrincat, working on her series for “Experimental Fitness” at Micro Art Space: 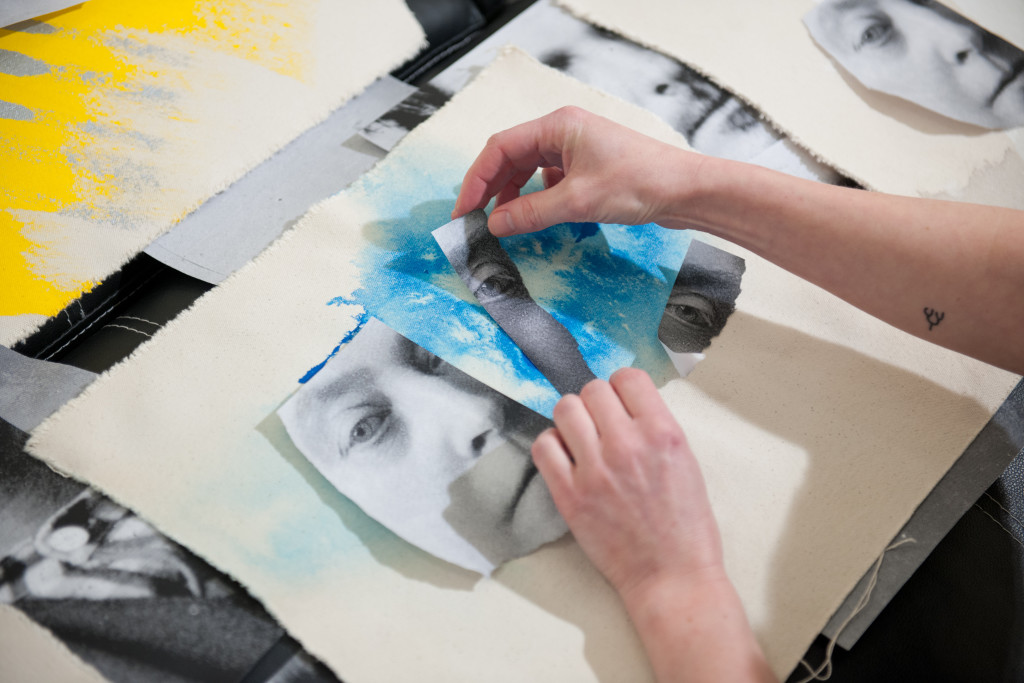 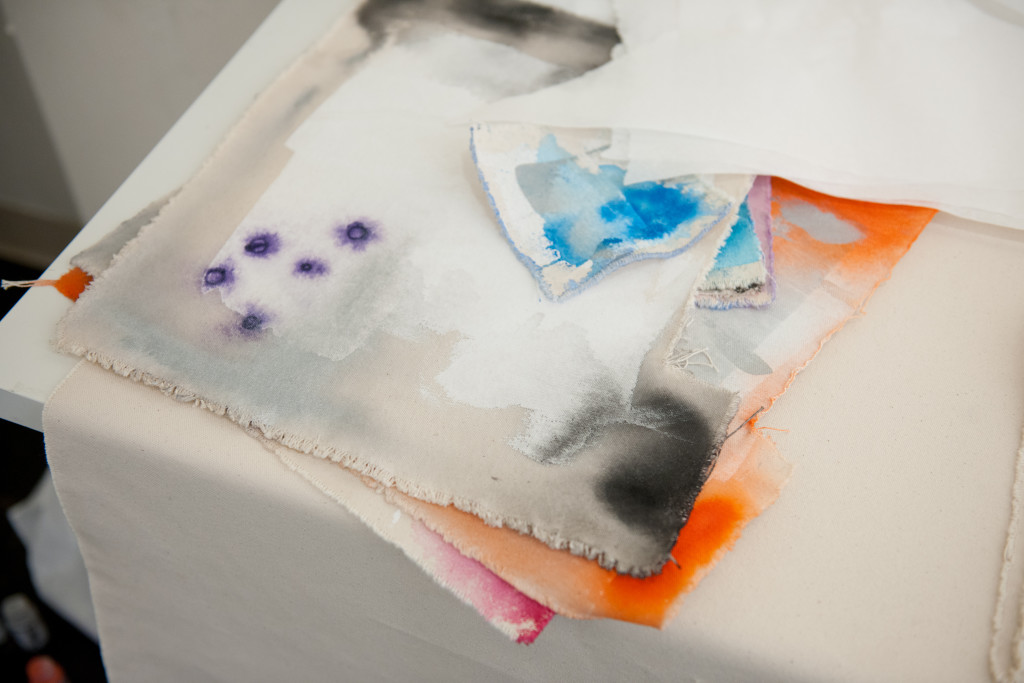 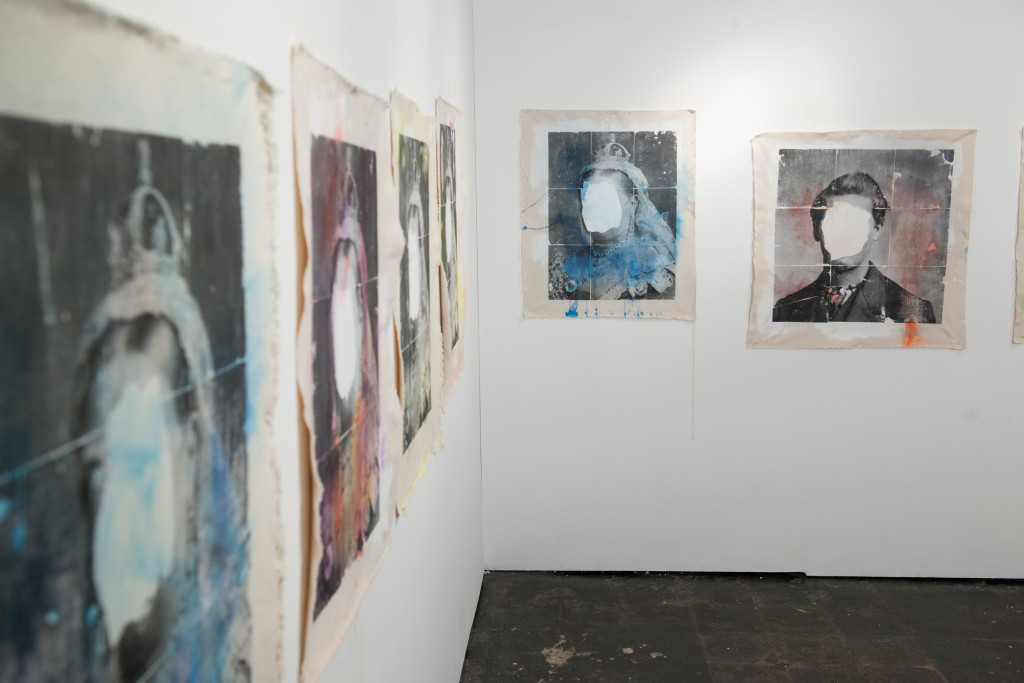