Frances Lee received her BA from Oberlin College. Originally from Oakland, California she currently lives in Cleveland, Ohio. Frances has been the Artist in Residence at Micro Art Space for April 2014. Ambiguous Flags is her first solo show. 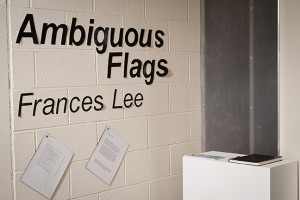 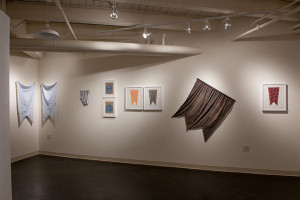 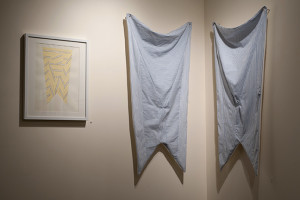 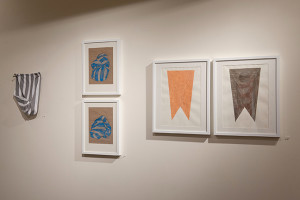 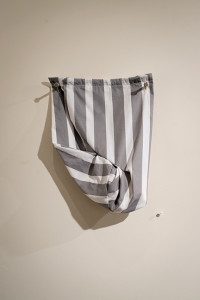 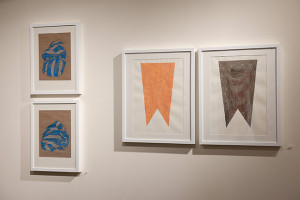 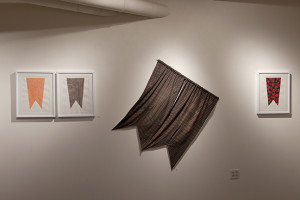 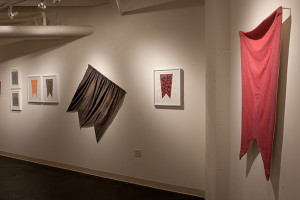 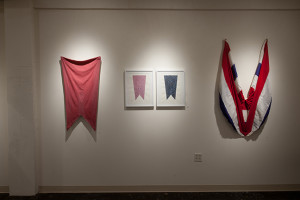 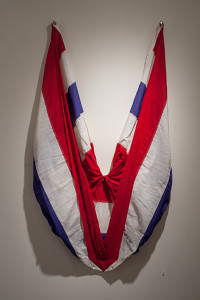 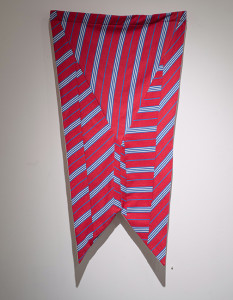 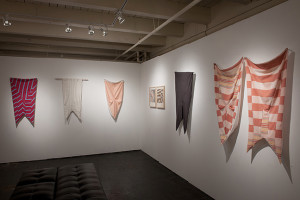 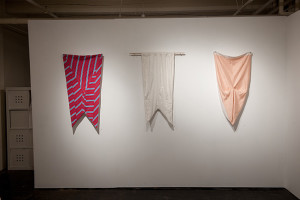 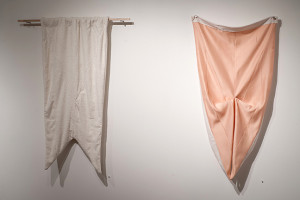 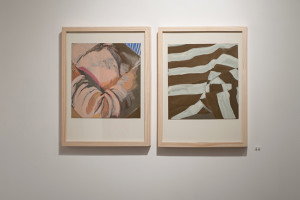 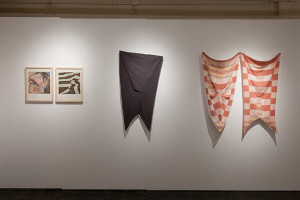 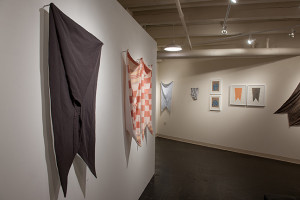 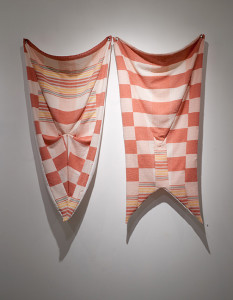 By reclaiming and recreating the Ohio State Flag, I can show the malleability of symbols and form. The flag is a memorial that is not fixed in a given space or consciousness but made in a material with the constant potential for change in form. As I look at the new occupation of space in Cleveland a flag becomes important as a claim to territory or signal for an imagined community.

It is not an accident that fabric is used to describe an imagined community. Both the force of gravity and the shape of the object beneath determine the drape and sculptural form the malleable flags will take. Moreover, these forms are always changing and adapting to the motions of the body or external environment. I have manipulated the form of the traditional flag, subverting the graphic design, and bringing attention to its objecthood. By creating the sculptures and drawings in tandem with each other I am able to investigate how the idea of surface in these objects changes through different approaches to image making.

Frances Lee’s work in progress (before the install): 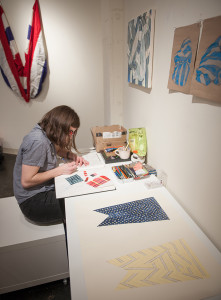 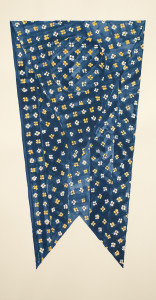 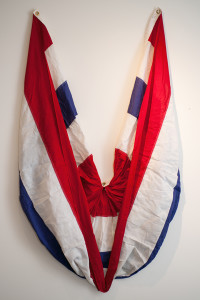 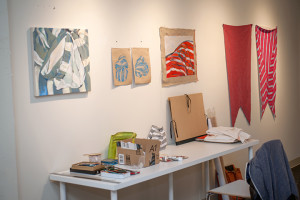 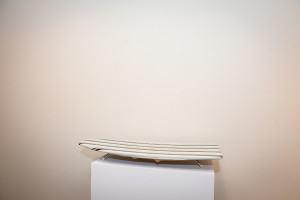 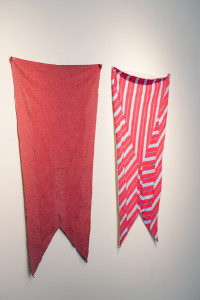 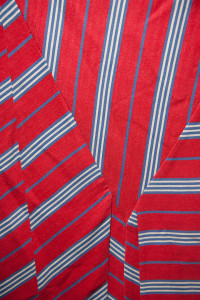 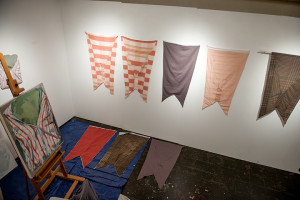 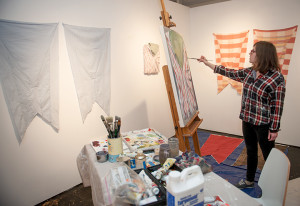 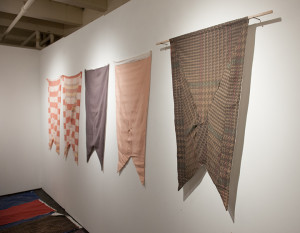 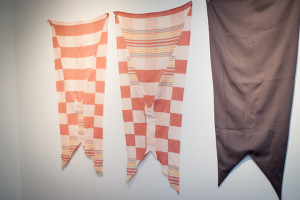 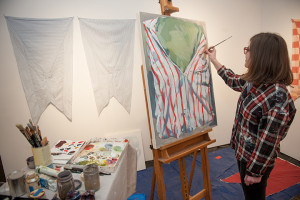